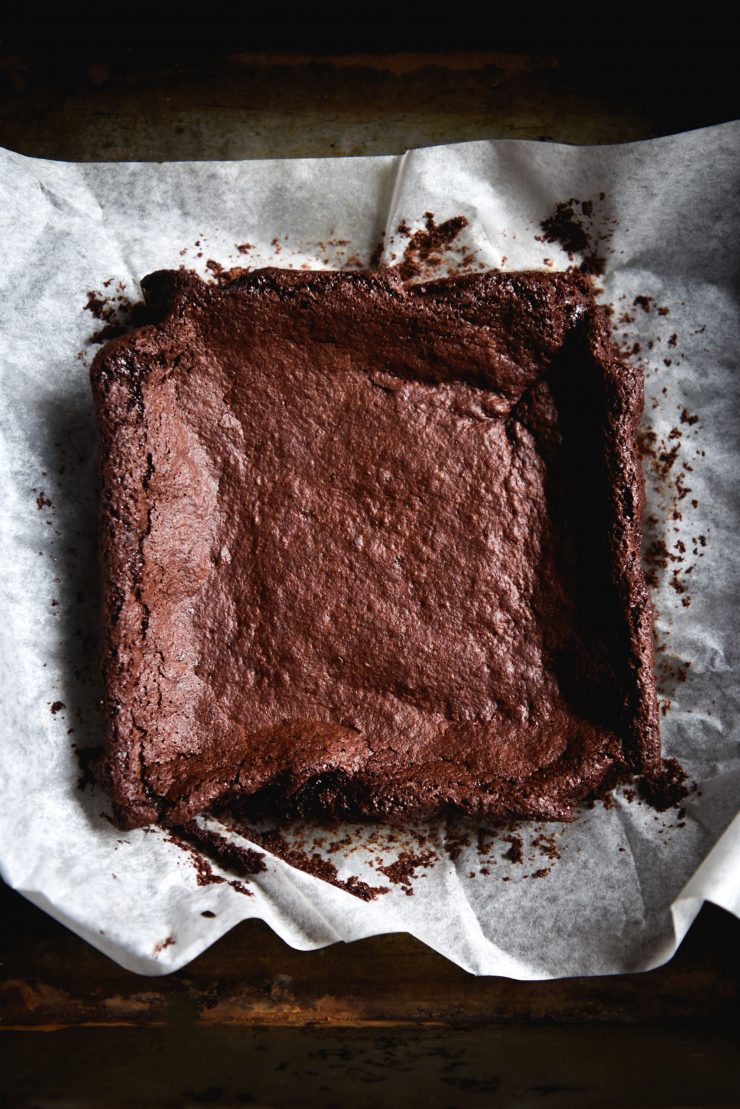 Let’s dive straight in, shall we? These brownies are made using tapioca flour and almond flour. Almond flour, or almond meal, is FODMAP friendly in 1/4 cup serves per person. In other words, you’d have to eat a 3rd of the brownies to overdo it. Which is entirely possible when it comes to brownies, but I digress.

Other than that, the other ingredients are generally pretty FODMAP friendly. Because we’re using vegan chocolate and butter, there is no lactose to be seen. Sugar is also a low FODMAP ingredient, and that basically makes up the recipe lol. Didn’t anyone tell you that vegan gluten free doesn’t mean healthy?

Make no mistake, brownies are an art form. Crispy tops are a hit and miss, as are fudgy interiors. It’s important to follow the instructions (yawn, I know) and also to pay attention to the ingredients of the ingredients. Namely, the chocolate. With that in mind:

HOW TO SUBSTITUTE COCONUT OIL FOR VEGAN BUTTER

So, you want to use coconut oil. Take heed of these tips and go (coco)nuts. Sorry, had to. 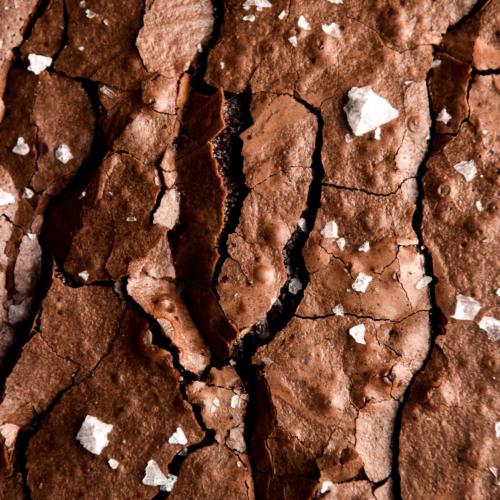