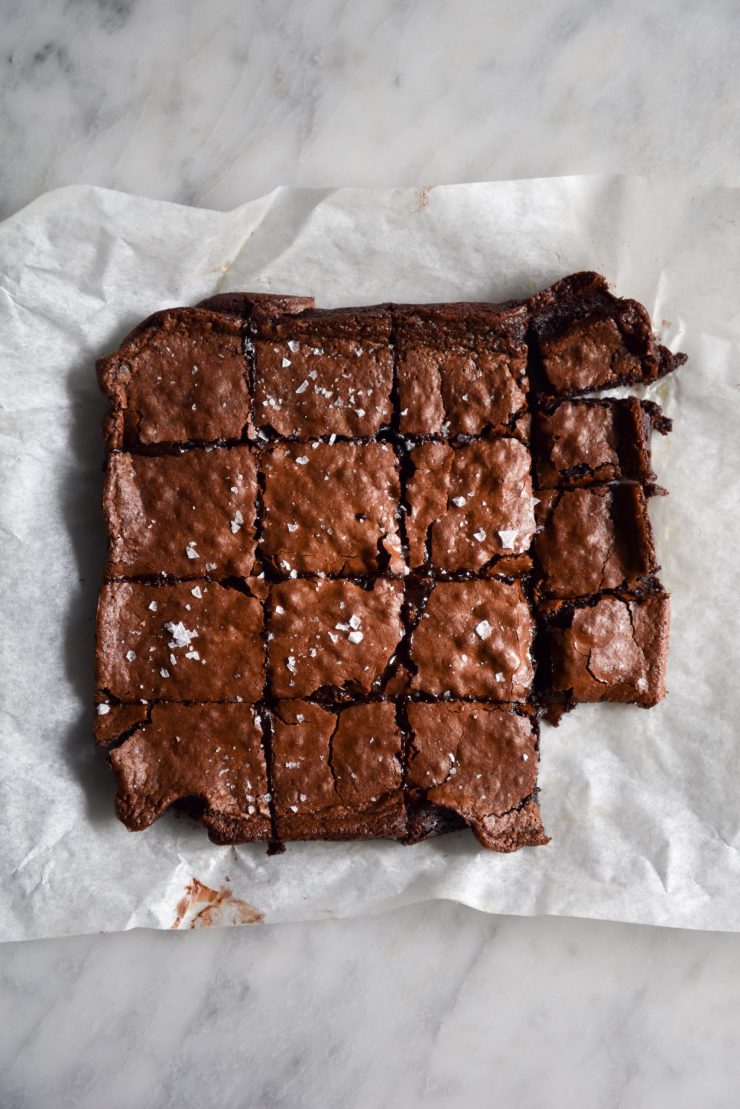 I’m learning that brownies, much like cookies, are an unexpected art form. On the surface, it would seem that brownies are fairly straightforward. Mix it up, bake it, slice it, eat it. On closer inspection, however, one realises that there is a world of possibility and a world of proper brownie technique. Today, we’re delving into the the art of the best-ever gluten free brownies.

So why have I become a brownie nerd, you ask? My quest for a good brownie stems entirely from a recent experience with a deceiving, bad brownie.

There is a store near my house that stocks brownies in the window. They smell like heaven on earth; the buttery chocolate scent wafting out the door and enchanting unsuspecting civilians. They’re not cheap brownies, so I held off as long as I could. Recently, however I caved, and the world was a little worse for doing so. Why? Because while the brownies smelt like everything I have ever needed, they were not. They were somewhat cakey, somewhat dry, and not even that chocolatey. I was very disgruntled, to say the least.

So! I have spent weeks testing my best-ever gluten free brownies. Friends and family have had to endure an endless stream of brownie tests. My neighbours would too, if I didn’t live in a building where people avert their eyes in the lift. Your loss, neighbours, your loss.

The brownies are extremely rich and fudgy, with a beautiful crackly top, as god intended. They are grain free, using almond meal as a flour substitute. I have a gluten free, nut free recipe here, but these are my BEST-EVER GLUTEN FREE BROWNIES.

My other gluten free and grain free brownie and chocolate recipes

NOTES ON THE CHOCOLATE PERCENTAGE

If you watch my Instagram stories, you’ll know that I’ve been testing different chocolate percentages in brownies. Specifically, I want to know how differing percentages effect the shiny top of a brownie. This is because I’ve had a number of experiences in which the brownies came out of the oven inexplicably dull.

What have I learnt so far? The shiniest brownies are made with a 45% dark chocolate, or thereabouts. Of course, the shiny top depends on many things – eggs, sugar, quantities of each. However, using the same test recipe, I’ve found that 45% is the perfect middle ground between great taste and a shiny top.

If you’re more interested in taste than aesthetics, I recommend using a 70%, ideally containing milk fat. This will still give you a bit of sheen, but it makes for a more complex tasting brownie.

Under no circumstances do I recommend using milk chocolate in a brownie. It doesn’t have a bold enough taste to carry through in the final brownie. 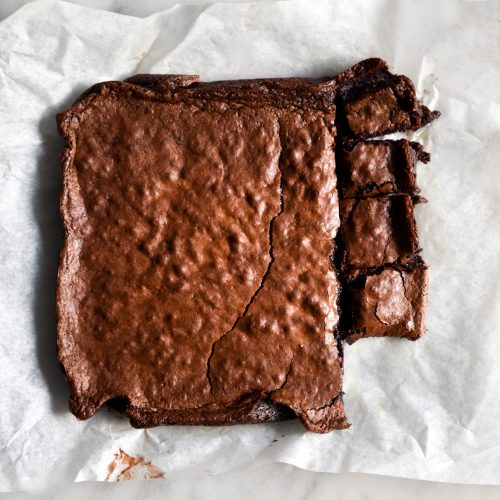