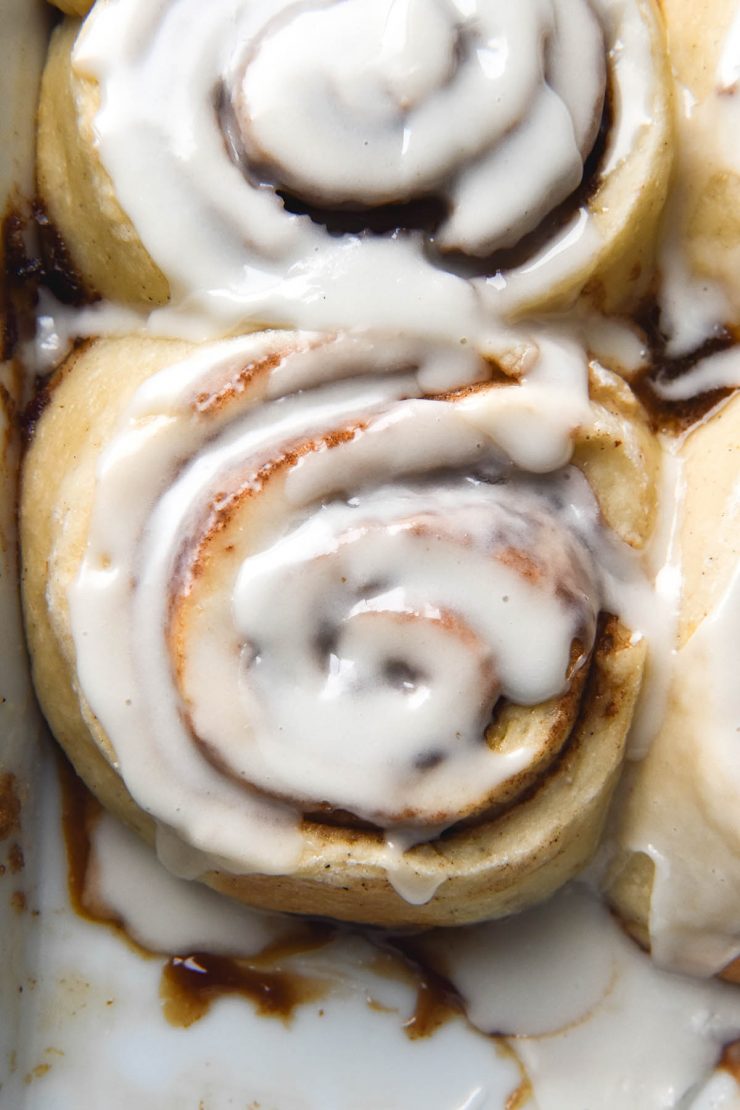 All this introduction really needs to say is: vegan, gluten-free cinnamon rolls. Made without yeast. I mean, this is the final frontier, in my eyes. No added xanthan gum, nuts, or flour blends that are hard to find. No eggs, no dairy, no yeast.

This is the recipe for people who don’t have the patience to wait for yeast. For people who can’t eat yeast, and for people who just fancy a baked good on a whim. And while I don’t know whether to call these cinnamon scrolls or cinnamon rolls, what I do know is that they are very good.

I was bombarded with messages when I shared this on my Instagram stories, so I put a rush on getting the recipe up. These scrolls are based on my recipe for vegan, gluten free cinnamon rolls. If you’re on the market for a non-vegan recipe, here is my original one. There’s also a sourdough cinnamon scroll recipe in my cookbook, Intolerance Friendly Kitchen.

These rolls utilise a couple of different binding methods to keep everything together. Firstly, there’s the psyllium husk gel made with milk and butter. I find that psyllium husk binds with hot liquid more quickly and efficiently than cold liquid. I also find that adding a fat (vegan butter, in this case) helps prevent the psyllium from clumping up as it hits the liquid.

Secondly, the cinnamon rolls use a starch. Both glutinous rice flour (sometimes known as sweet rice flour or sticky rice flour) and tapioca flour work here. Starch helps provide lightness in the crumb, but also a bit of much needed elasticity and binding.

Finally, the rolls use a scald. Scalding flour is simply a process of pouring boiling water over the flour, which gelatinises. This helps create a soft and pliable dough that is easily rolled into lovely vegan, gluten-free cinnamon rolls. 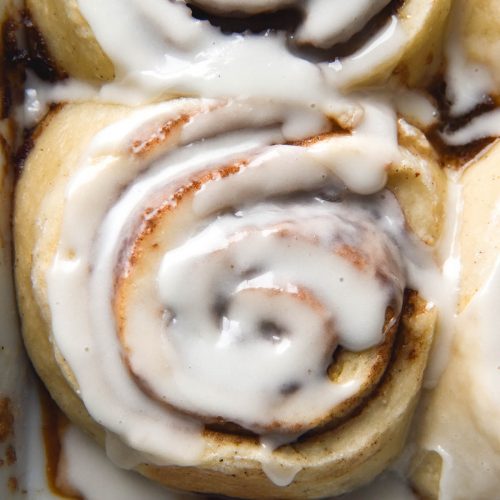