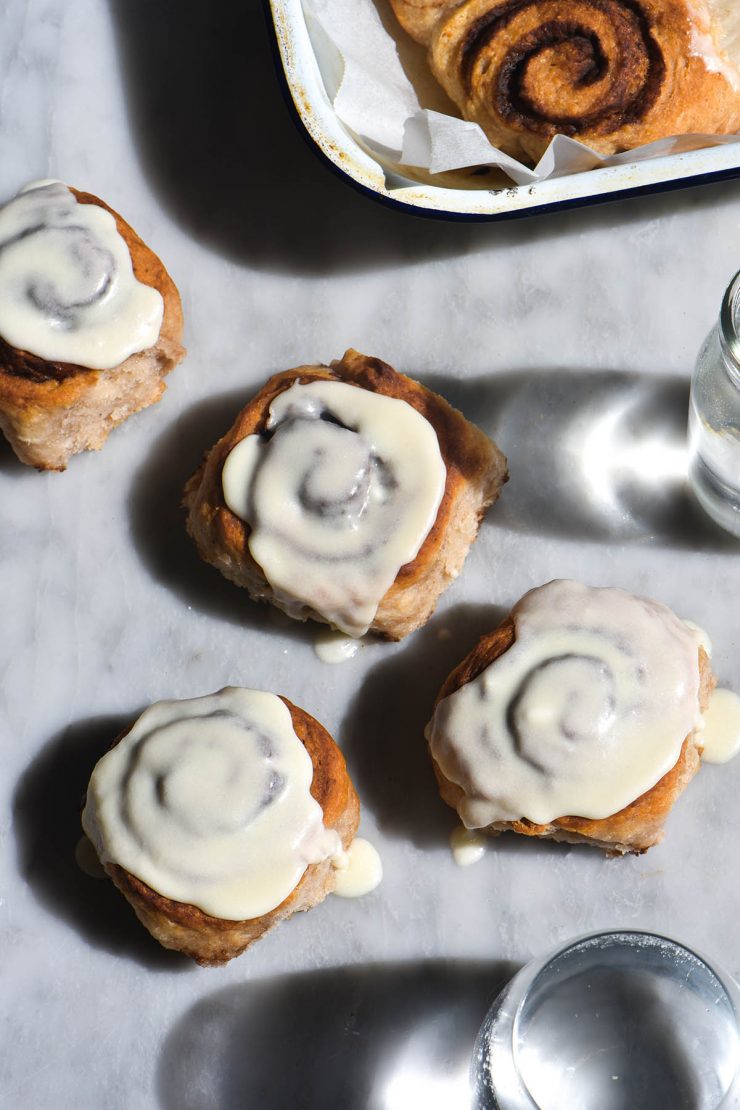 These gluten-free vegan cinnamon scrolls were originally developed as bonus recipe to accompany my new cookbook. Now that the cookbook is out in the world, though, I wanted to share them here. These cinnamon scrolls are utterly addictive, easy to make and use only two flours. They’re vegan, nut free and FODMAP friendly. The rolls are made without xanthan gum and eggs or dairy. They also have a savoury cousin: these pesto and cheese savoury scrolls.

The cinnamon scrolls need to be relatively snug in a baking dish in order to hold their shape. I use a 30x20cm rectangular baking dish and place mini pans behind the baking paper to tuck them in. If you have a smaller baking dish, you can use that. Personally, I prefer the look of scrolls baked in a rectangular dish, but that is just me.

One thing I will never go back to cutting the log of cinnamon scroll with a knife. Because the dough lacks the strength that regular dough does, it’s a tricky feat. I highly recommend using thread or a non-flavoured tooth floss. You simply thread it underneath the log and pull in opposing directions to slice each scroll. This method creates a quick, thick and seamless cut that doesn’t squash the scrolls out of shape.

Proofing times will always vary depending on the climate and season. Dough with a higher hydration proofs faster and more dramatically than dough with lower hydration, too. Keep an eye on your scrolls and pop them into the oven when they are doubled in size.

How absorbent gluten free flours are varies from batch to batch, brand to brand. If you find your dough is too wet, drop the milk back by 1/4 cup next time.

Can I make these cinnamon rolls without yeast?

I have a gluten free vegan cinnamon roll recipe here. It is still free from xanthan gum or nuts, but uses baking powder instead of yeast for leavening. 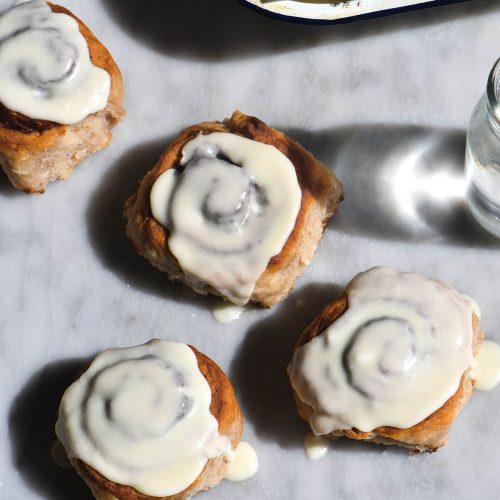