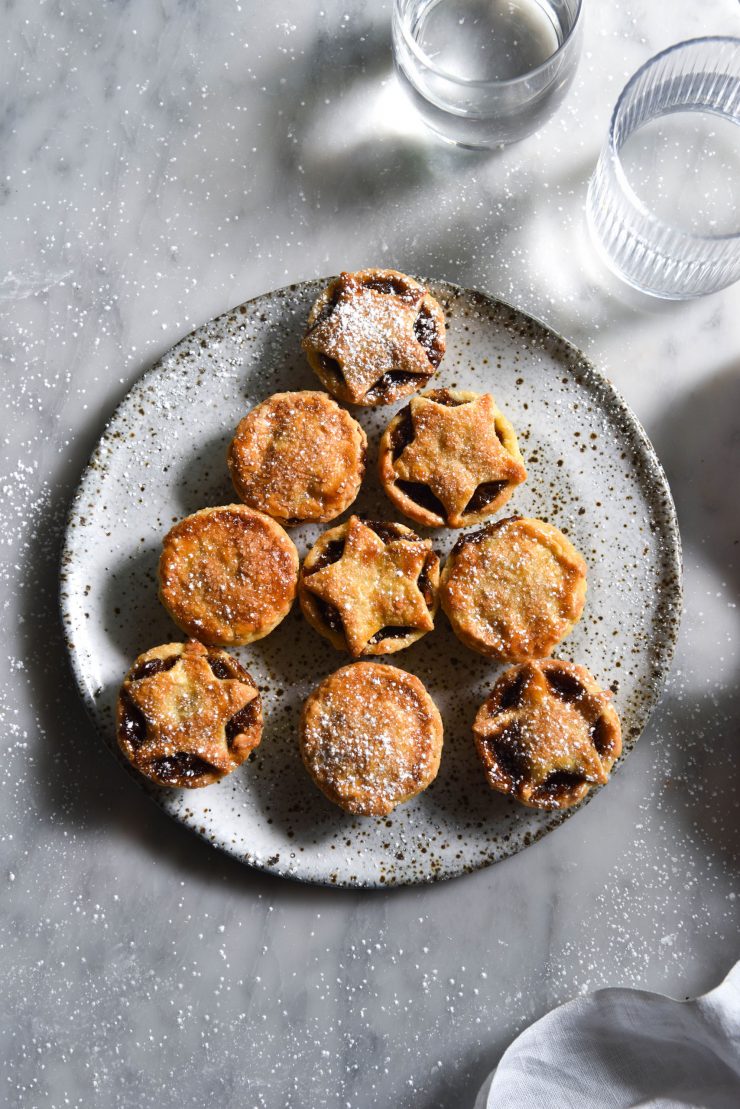 But you’re not here for my gluten-free fruit-free mince pie spiel. You’re here for the real thing, so let’s dive in.

For the fruit mince:

To make the fruit mince:

To make the pastry:

To make into mince pies: