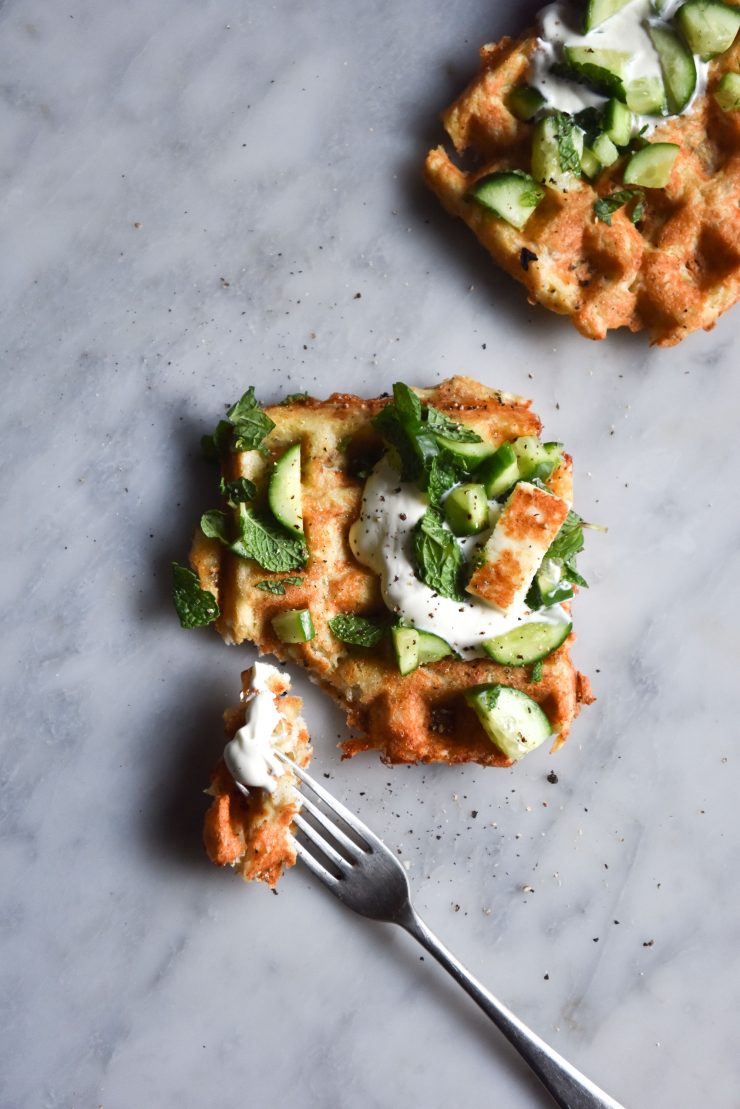 Unlike regular waffles, this potato varietal are a chunky, filling and delicious meal in one. Don’t get me wrong, I love a regular waffle. My issue with them is, however, that I could easily eat about 7 before feeling remotely satiated. Three ingredient potato waffles? They’re a different story.

So what is the best thing about this recipe, that I’ve clearly ripped off a previous one? The benefits are threefold. First, the aforementioned satiety factor, which is important to me, as someone who eats a small nation worth of food daily. Secondly, the fact that they contain potatoes and cheesy, salty parmesan. No explanation necessary. And thirdly (arguably most importantly) – the topping options.

Isn’t the best thing about waffles the topping options? Of course it is. Because these waffles are cheesy, salty and crispy, they go with pretty much anything you throw at them. Think of them as a more delicious version of toast – they are but a vehicle for your favourite flavour combination.

There are no real other FODMAP issues to be concerned with here – unless you plan to top your waffles with raw garlic.

I don’t really need to tell you what you like on your waffles, but here I am regardless. I topped my waffles here with lactose free sour cream and a cucumber, mint and lime salsa with sea salt flakes, and plenty of pepper.

Other FODMAP friendly suggestions include:

Gluten free, grain free, FODMAP friendly Makes 4 big waffles (depending on the iron you use)
Be the first to rate this recipe
Print Recipe
Prep Time 10 mins