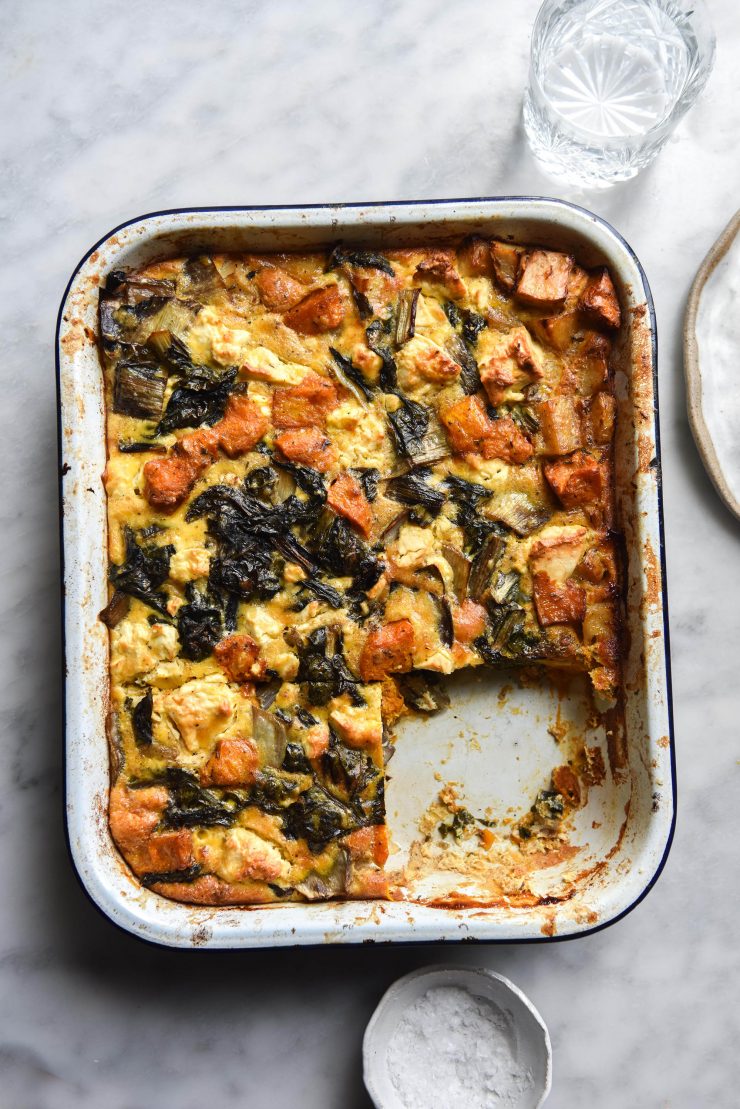 I don’t talk about it too often on my socials, but I eat a fair bit of basic food. The reality of living with an unsolved and somewhat undiagnosed digestive illness is that bland food is my friend. No disrespect to frittata, but I count it in my basic food group. There’s nothing offensively flavourful about it, nor does it contain grains or anything that will set me off. With that in mind, I decided to create this FODMAP friendly frittata with lemony kale, feta and pumpkin. It’s basic food made delicious, with the assistance of a few nifty tricks.

I’ve made FODMAP friendly frittata before – namely, this offensively good Green Thai Curry Style Frittata. However, I wanted to make something a little more basic, as it were, elevating it with simple pantry flavours. So, what are these flavours in question?

We’ve gone into some of the substitution suggestions above, but I think it’s worth laying them all out in their own separate category. Without further ado: 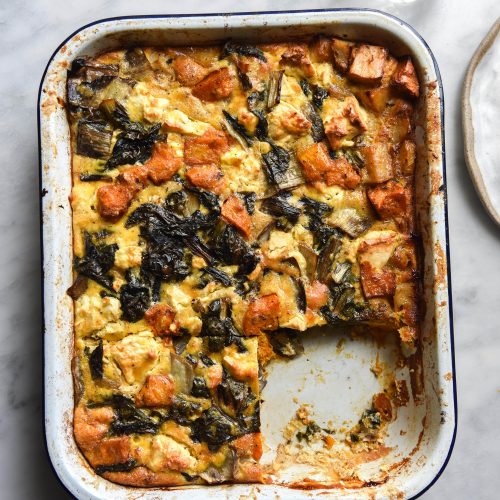 For the roasted pumpkin and potato:

For the lemony kale:

To finish the frittata:

To make the roasted pumpkin and potato:

To make the lemony greens: