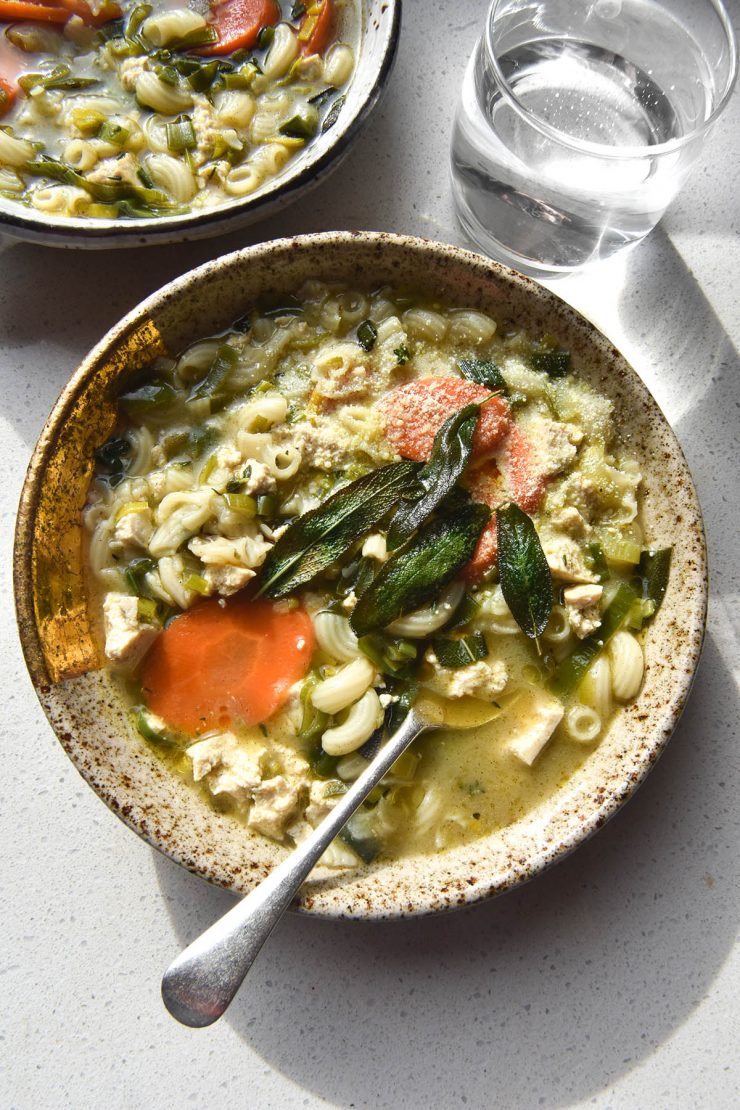 Vegan chicken noodle soup has been something that I’ve always wanted to make. It’s a comfort food for a lot of people, so I wanted to open it up to niche dietaries. I’ve tested this a few times before settling on this version. Although I haven’t actually had chicken noodle soup, this is what I imagine it tastes like.

Spring onion greens and leeks provide a FODMAP friendly, onion like depth of flavour, without the need for onion or garlic.

Firm torn tofu provides the protein and meaty chunks. This is a super quick and easy way to include gluten free and vegan protein to the soup.

Finally, gluten free pasta or noodles are used to keep this dish gluten free. Of course, regular noodles can be used instead if your household has no issues with gluten.

All in all, it’s a filling, well rounded soup that comes together in no time. A delicious weeknight meal for everyone.

This is a very easy recipe, but I do have a few quick tips. Firstly, I highly recommend adding flavourings and seasoning gradually and to your tastes. Stock powders vary in their salinity, so it’s important to add the amount of salt that works for you. Enough to pack in the flavour, but not so much that you’re thirsty after dinner.

My second tip is to slightly undercook the pasta. It will be sitting in hot broth until you eat it, which gives it plenty of time to finish cooking. Overcooked pasta (and gluten free pasta in particular) will turn to mush in your vegan chicken noodle soup.

My third and final tip, following on from tip two, is to be aware that the broth will thicken as the soup cools. The starches in the pasta are the culprit for this thickening. If you are reheating yesterday’s vegan chicken noodle soup and find that the soup is more like a thick sauce, thin it out with some water. 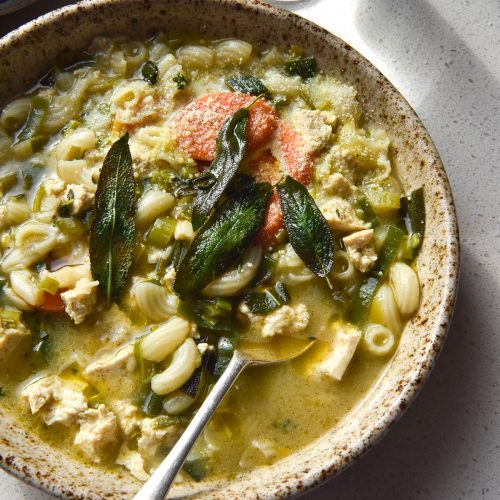