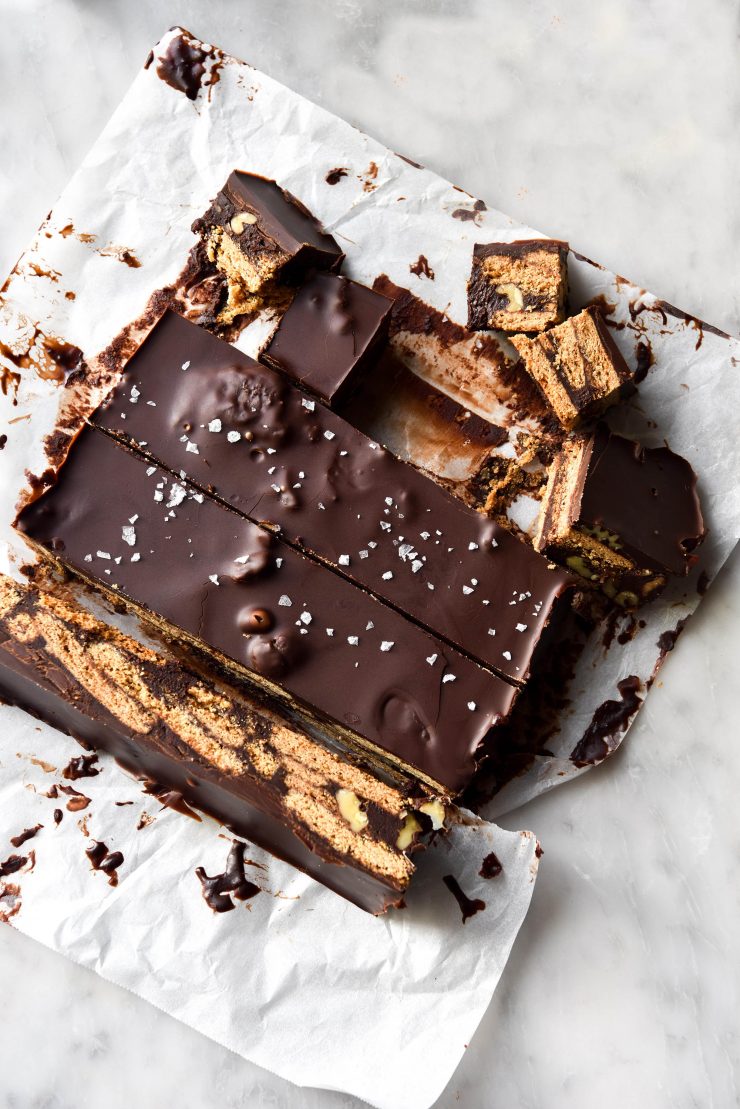 There are some blog posts that take you by surprise with their popularity. My guide to making lactose free condensed milk is one of those posts. Consistently well used, I’ve decided it would be rude not to delve further and bring you a guide to dairy-free condensed milk. So, here we are.

Using the same basic formula my original, lactose free condensed milk, I have tested them all. Soy, coconut, almond and rice, I’ll go through the pros and cons of each. In addition, we’ll chat dairy-free condensed milk best practice and how to use it in recipes. Strap in, my dairy-free friends.

How to make dairy-free condensed milk

Condensed milk is a combination of milk and sugar that has been reduced over a low, slow heat. The result is a sweet and viscous syrup that can be used in desserts, as a binder, or even simply poured over the top of fruit. It is early days, but I am finding it incredibly useful in vegan baking. Not only is it a helpful viscous binder, but it is a dissolved form of sugar. Because beating eggs, sugar and butter together is not an option for dissolving sugar in vegan baking, dairy-free condensed milk shows a lot of promise.

Condensed milk is very easy to make, but it does take some time. Unlike making a cake, it’s impossible to give a very set timeframe in which your milk will condense. The type of milk you choose, your stovetop, the pot and your idea of ‘low heat’ will all have bearing on the cooking time. I suggest setting aside about an hour and a half. Barely any of this is active time.

The reason I created my original lactose-free recipe at all is because in the process of condensing milk, you are condensing the primary ingredient. That means that regular condensed milk is very high in lactose, which is a no-go for people with lactose absorption issues.

Another point of difference is that some plant-based milks lack the fat content of dairy milk. This can result in quite a thin condensed milk that doesn’t have the creamy appeal of the original version. Below, we’ll go into each type of milk and how they fare in the condensing process.

Finally, it’s worth pointing out that it’s actually a lot harder to stuff up a vegan condensed milk than it is a regular one. Because of the milk proteins in the dairy variety, it becomes a lot easier to burn or make gritty. Leave it too long and you’ll likely end up with grainy dulce de leche. So, points for vegan alternatives!

Tips and tricks for your vegan condensed milk

How do you make dairy free condensed milk?

Like my original, dairy based version, I have used of 1 litre (1000ml) plant based milk and 1 2/3 cups (380g) white sugar for each of these condensed milks. While some recipes call for a replacement fat in the lower fat milks, I find it easier to stick to a basic ratio and use the milk that best fits the occasion.

Each milk was cooked on a low heat for approximately 1 1/2 hours. You are literally condensing milk, so there’s no point rushing the process. The only person who’ll suffer is you (and potentially your vegan guests).

Which is the best milk to use for vegan condensed milk?

Call me biased, but the soy milk version was my favourite. It’s creamy, rich and very similar to condensed milk in colour. It has a decent fat content which makes the process as straightforward as making a regular condensed milk.

It is worth noting, however, that FODMAP adherents should choose a soy milk that contains soy protein as opposed to whole soy beans. This makes the milk FODMAP friendly – the whole bean version is high in GOS (galacto-oligosaccharides).

From a 1 litre batch of milk, soy produced 570g of condensed milk, which is very close to 2 cans worth in everyday recipes (as I’ve said, 1 can of dairy condensed milk in Australia is generally 295g, so most recipes are based around this).

Before I get into it, note that I bought a litre of coconut milk in the long-life milk section, as opposed to cans of coconut milk. Coconut milk was far the thickest of the lot, and took longer to condense. For much of the cooking time it was a somewhat unappealing translucent light grey colour. It weighed 430g after condensing, which is considerably less than the other condensed milks.

However, it is creamy, pleasant tasting and arguably thicker than even regular condensed milk. It tastes like coconut but not unpleasantly so. I would say this could be the milk for the job in desserts that require binding power from the condensed milk.

If it’s left to sit for a while, coconut condensed milk can separate and look a little unappealing. That is why the store bought (I have found Pandaroo brand and Coles brand in Australia) use xanthan or guar gum, I assume. That and to make it a little more viscous.

Again, called me biased, but almond milk was by far my least favourite of the milks. It tasted strongly of almond, almost like a liquid marzipan. It was also quite thin and watery. To be quite honest, I didn’t end up weighing the almond milk version, nor using it.

As a last ditch attempt to thicken the milk, I added 2 teaspoons of gluten free cornflour after it had condensed for 90 minutes. This worked nicely in the rice milk version, but for whatever reason it failed to incorporate into the almond milk. Whether this was an unlucky incident or something to do with almond milk itself, I can’t be sure. What I am sure of, however, is that I couldn’t recommend almond milk for condensed milk purposes.

Rice milk has a reasonably strong but not super unpleasant flavour. The first time I made it I added some cacao butter because it has quite a low fat content. I found the combination of the rice milk and cacao flavours quite overpowering when combined. Made the second time, I found the rice milk didn’t strictly need the fat content. That said, it is definitely on the thinner side of the condensed milks, so it depends what you’re using it for.

All in all, rice milk wouldn’t be my first choice, but it’s not an offensive flavour.

Although oat milk isn’t considered gluten free in Australia, I figured it needed to be included. This post isn’t about gluten, after all. In the condensing process, I found oat milk to be very cooperative. It had a nice colour, condensed without issue, and weighed a respectable 600g at the end of condensing. It has a subtle and not unpleasant flavour, I’ve been told by my tester (mum).

If you have no issues with gluten, oat milk might be a good one for you to use. It wasn’t as thick as coconut and trailed slightly in thickness behind soy, but it had a more subtle flavour than either of those dairy-free condensed milks.

Store bought vegan condensed milk is very slowly becoming more common, In Australia at least. For a while you would have been extremely lucky to find a plant based condensed milk, but they seem to popping up more frequently.

One thing to note about store bought versions is that they seem to all contain guar or xanthan gum. If you’d prefer not to use them, I recommend making your own. Further, the Coles brand contains coconut syrup as the primary ingredient. There’s nothing on the Monash FODMAP app about coconut syrup, but I know that coconut sugar is a higher fructose sweetener. So, it stands to reason that coconut syrup might be a higher fructose sweetener, too. This is something to keep in mind if you’re FODMAP or have issues have fructose.

Personally, I would recommend the Pandaroo brand. It has fewer ingredients (just sugar, coconut milk, guar gum and salt) which is closest to the homemade version.

Two main troubles one can have with condensed milk are it being burnt or uncooked. The only real trouble I can assist with is that of a condensed milk that remains un-thickened by the end of the cooking time. For this, I have three suggestions. 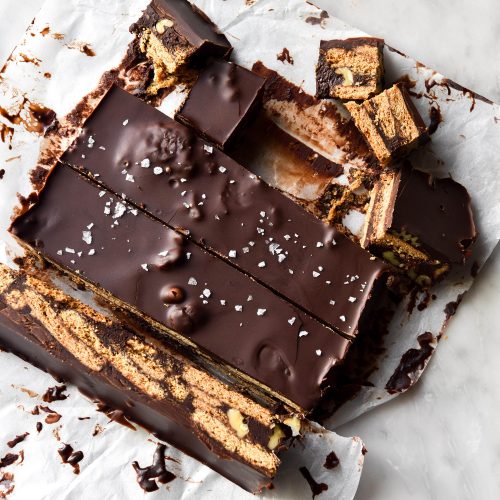