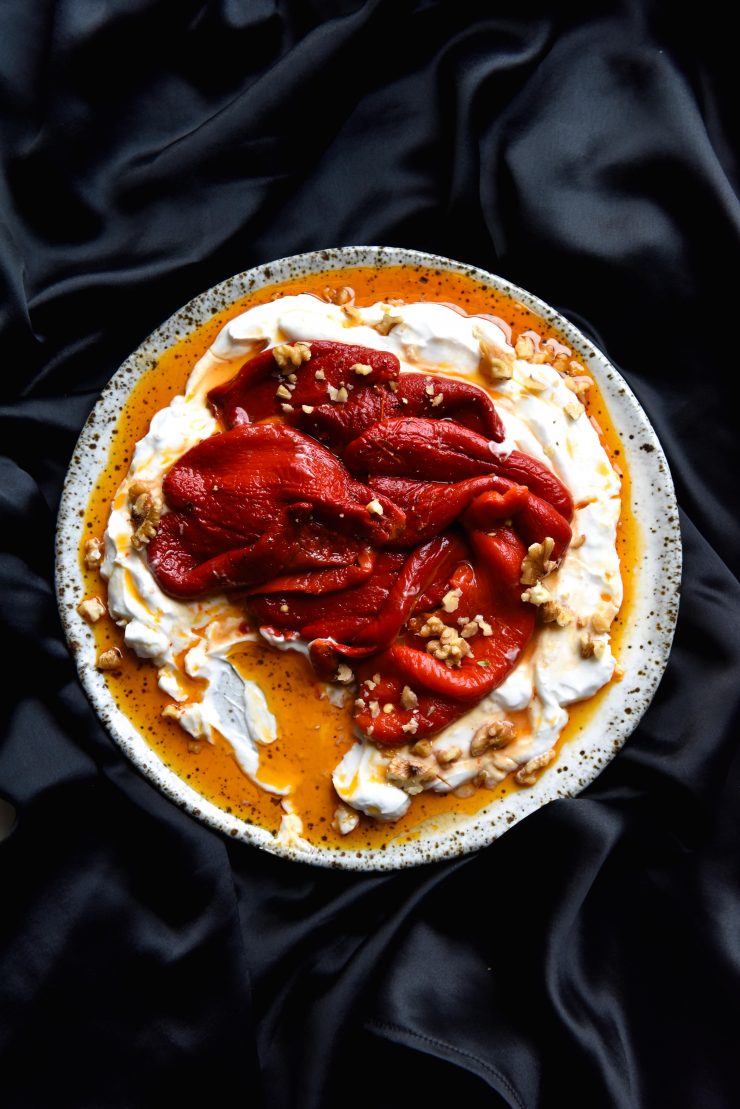 I have officially become a labne fiend after last week’s foray into labne making. Who knew that the elegant, delicious delicacy they sell for $100 at the shops is a cinch to make? For the cost of a tub of yoghurt, no less? I, for one, did not. Now that I do, however, I’m on a labne making roll – today with a vegan labne.

Unlike other cheeses (ricotta, mascarpone) that really do require the dairy component, labne can be made with any vegan yoghurt, as far as I can tell. All you really need is a tub of good quality stuff, some salt, a little lemon juice and muslin cloth or a nut milk bag. What self respecting vegan in 2020 doesn’t have a nut milk bag? (probably loads but I digress.)

Needless to say, however, you can chop and change with this recipe. If you don’t need the labne to be vegan, the dairy option would be delightful here. In equal measure, the honey and dukkah roasted carrots (a recipe I copy-catted from myself for this dish) could be paired with the vegan labne. Moreover, basically any vegetable works – roasted zucchini, eggplant – whatever you have on hand.

Vegan labne making is, in fact, frighteningly similar to regular labne making. There are really only a few steps involved, which I’ll quickly run through here.

For the vegan labne:

For the roasted capsicums:

For the Aleppo chilli oil:

To make the vegan labne:

To make the roasted capsicums:

To make the chilli oil: