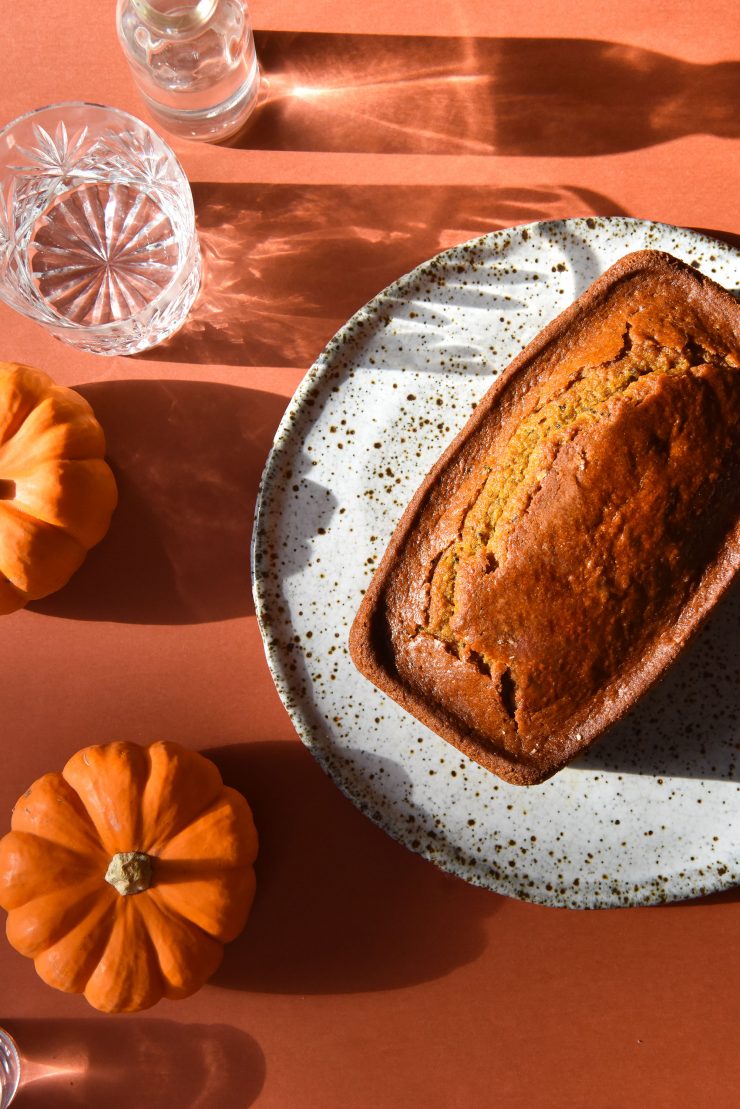 I’ve seen a lot of recipes in my time that purport to be tea flavoured. By adding a teaspoon of tea leaves, the recipe writer ticks a box, and gets to add an exotic flair to their recipe title, without any real tea flavour. NOT TODAY, friends. Today we’re deep diving into the world of flavouring baked goods with tea. We’re doing that with this gluten free pumpkin earl grey loaf.

This recipe was written for my pals at Thankyou Australia, who are doing great stuff for the world. They recently collaborated with a Melbourne artist to develop the packaging for their hand wash products, and asked if I would develop a recipe involving sage and earl grey. I love sage, I love earl grey, I love people doing good things for the world. A no brainer. A gluten free pumpkin earl grey loaf with sugared sage sort of no brainer.

I couldn’t find one succinct place for this, so I thought I’d create my own. The following is what I learnt from my tea infusing adventures:

For the lemon glaze:

For the sugared sage leaves:

To make the loaf:

To make the glaze:

To make the sugared sage leaves: